Prior to my work as a producer I worked as a freelance web designer / developer.

It's something I really enjoy and work on when I can. Though I've traditionally worked in php (I've probably built 40+ Wordpress and Drupal sites), recently I've been really enjoying building sites using the React Javascript library, normally using the Gatsby framework. 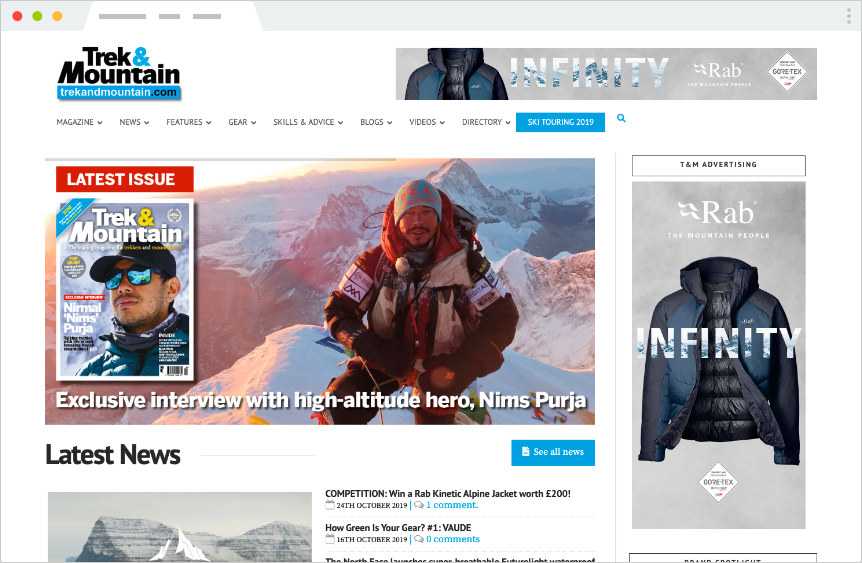 This is a large magazine site for mountain lovers. It boasts hundreds of articles and pages of editorial content and is clocks up around 50k monthly visits.

Trek and Mountain is built on Wordpress using an implementation of the X Theme which assisted in a rapid production but I've modified it significantly so that it is easy to edit and the data is transferable if they did decide to move to a different theme / system. I designed and built this site. 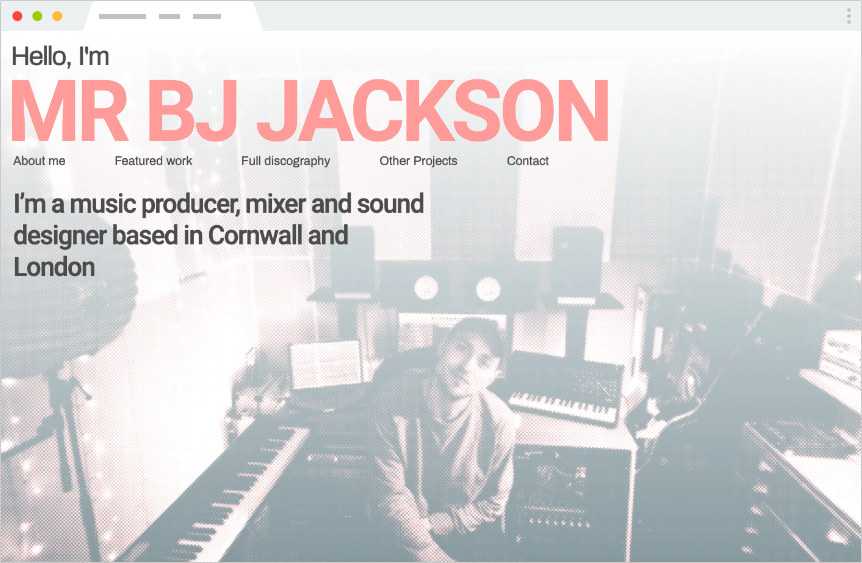 A bit of portfolio inception :) When I started to learn the "Gatbsy" framework I decided to practice my skills by rebuilding my production portfolio from the ground up. This is a custom design. It does clever things like automatically builds the Full Discography page based on data it draws in directly from my Spotify playlist, meaning that it is updated automatically when I add new songs to the playlist. It also updates the BJ On The Daily page based on my Instagram feed. 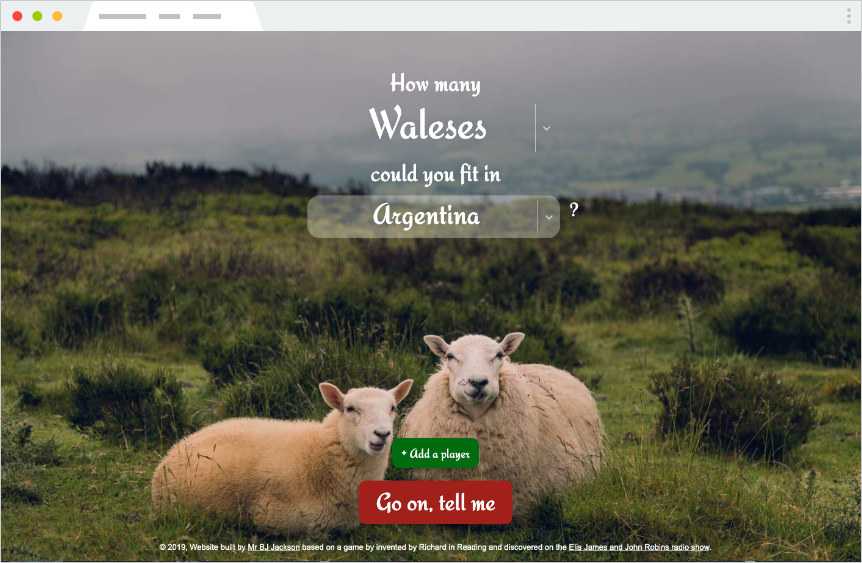 This is a fun little personal project I built recently, again to practice some React frontend development techniques. It is an online game where the user has to guess how many times Wales would fit into other countries. It was based an idea I heard on a BBC podcast I listen to. 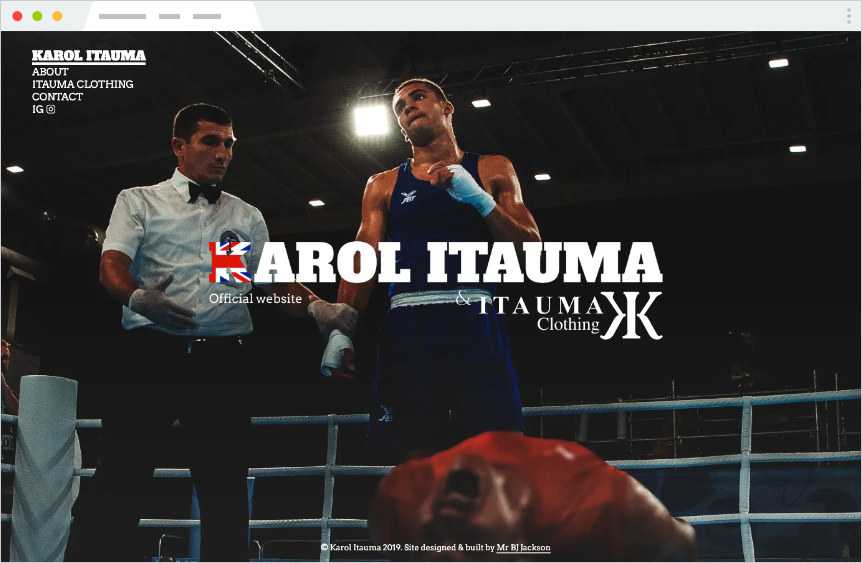 Karol is a promising young British boxer who recently won gold for Team GB at the Youth Olympic Games in Buenos Aires. He also has his own clothing line. This site will eventually feature an integrated online store using the Stripe platform. This is another recent site that I built using Gatsby and React due to it's super-fast loading and navigation optimisation. 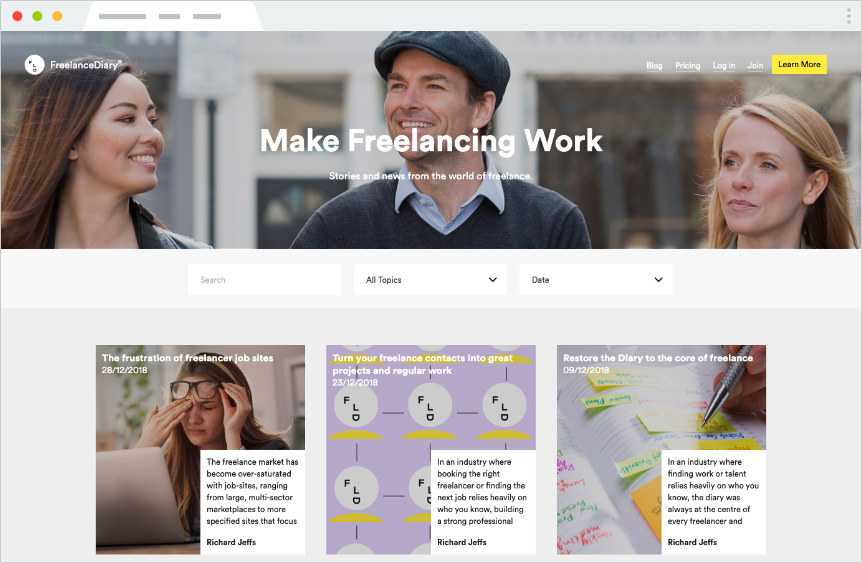 The blog for the freelancer service Freelance Diary.

Built according to another designer's designs it runs on a custom Wordpress theme, complete with a custom plugin running the search and filtering functions.